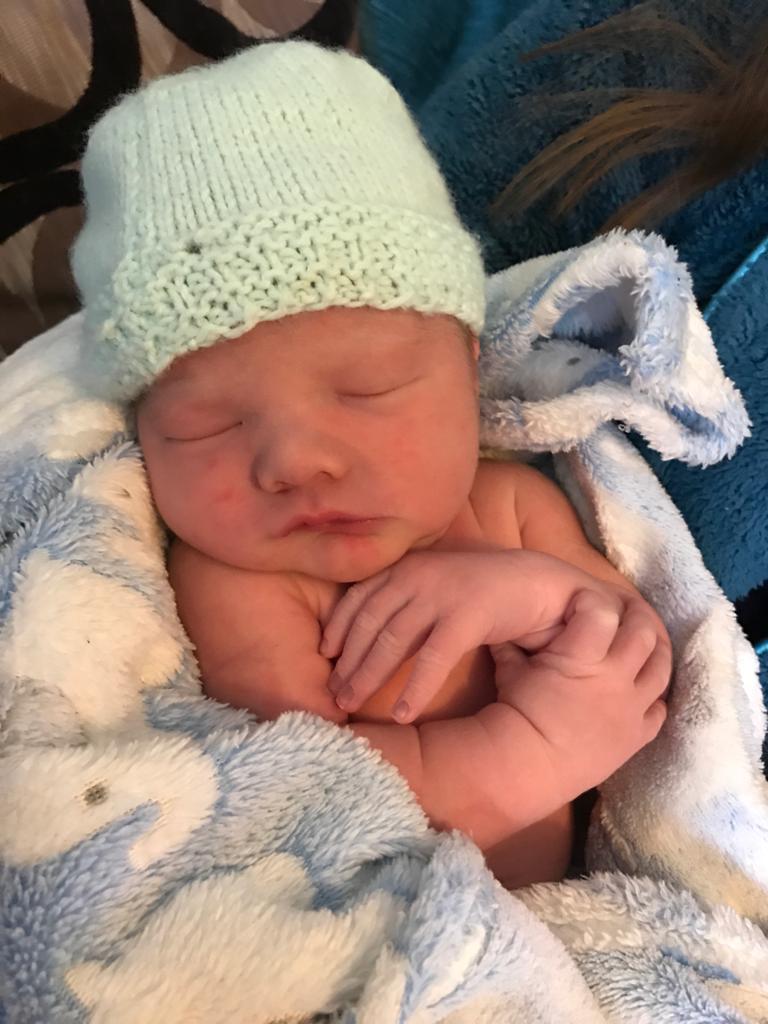 Mama S Says – “It was such an amazing experience! Couldn’t believe how much quicker and easier it was second time round – my body just seemed to take over. The midwife couldn’t believe how quickly it all happened either – just over three hours in total!”

Hope you are well! I just thought I’d let you know I had our second baby, this morning at home weighing 7lbs 0.5oz.

I had had some mild back ache yesterday afternoon and through the night and this morning around 7 I felt like I was having some Braxton hicks. However, when we went downstairs for some breakfast, I had some more and I realised that they were actually the start of labour so I called the midwife to let her know. My husband and son began to fill up the birth pool whilst I began making a cake for baby. I had been practicing hypnobirthing during these contractions and found the up breath really helpful. My contractions were about 5 mins apart and lasting 30seconds so she told me to call her back when they were around 2 in 10 and a minute long. At 9.00 I called her as they were just under 5 minutes apart and 45seconds. I then needed a wee and noticed blood when wiped so called her back and she said I may need to go to hospital to monitor the bleeding but to put a pad on for now and to call back in half an hour. However as soon as I went downstairs my waters went. My dad had just come to pick my son up to take him to their holiday cottage near us, but I asked my mum to stay until the midwife came and then I felt the need to do a poo. Once I sat on the toilet I felt I needed to push so my husband called the midwife who advised us to call the paramedics who then told me to get off the toilet and get on the sofa or the floor. I walked to the lounge and got on all fours. My husband was just on the phone to the paramedics and my mum was supporting me when I felt the need to push. Literally two pushes using the down breath and baby was out! It was such an amazing experience! Couldn’t believe how much quicker and easier it was second time round – my body just seemed to take over. The midwife couldn’t believe how quickly it all happened either – just over three hours in total. The birth happened so quickly I didn’t get to use the birth pool but my son enjoyed splashing around in it as it was filling up and again afterwards. I was glad we had planned a homebirth as there was no way we would have made it to hospital!